Arrive at Jaipur and transfer to your hotel. The capital of Rajasthan Jaipur - popularly known as the “Pink City “. Jaipur (City of Victory) was founded by Maharaja Sawai Jai Singh II in 1727. The architect who formalized the city’s plans on the Shilpa Shastra, the epic Hindu treatise on architecture, mixed it with the sublimity of the Mughal and Jain influences of those times. The city was painted pink in 1853 in honour of the visit by Prince Albert.Overnight at Hotel 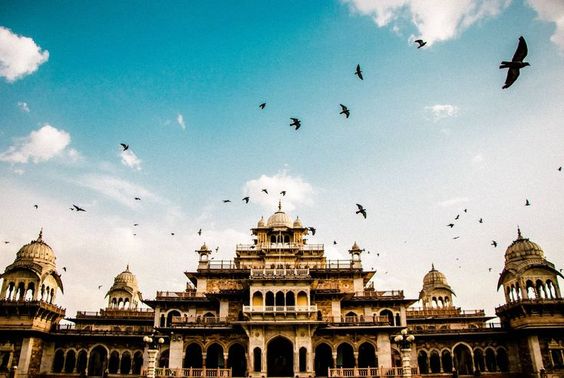 After breakfast proceed for full day city tour of Jaipur – visiting Amer Fort located at a distance of 11 kilometers from Jaipur and was the old fort of the Kachhwaha clan of Amber, which used to be the capital, till it was moved to Jaipur. Later visit the City of Jaipur. Among the highlights to be seen while touring Jaipur include the City Palace, Walk to the adjacent Jantar Mantar or Astronomical Observatory made by the Maharaja of Jaipur, built-in 1726 and is one of the five such astronomical wonders built by Sawai Jai Singh and makes accurate predictions even to this day. You will also have the opportunity to wander about the local markets. Jaipur is a shopper’s paradise. Most of the bazaars are located in old city with a wide range of things to buy, from jewelry (precious and semi-precious stones) to textiles to handicrafts and antiques. No doubt for an avid shopper “Jaipur” is the choicest of the cities.Overnight at Hotel 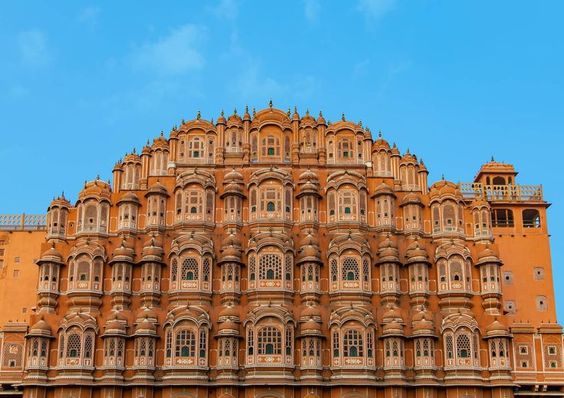 After breakfast drive to Jodhpur enroute visit Ajmer & Pushkar. Ajmer was founded in the 11th century and It is a major centre for Muslim pilgrims during the fast of Ramzan on account of being home to the Dargah of Sufi saint Khwaja Moin-ud-din Chishti. Seven pilgrimages to Ajmer are supposed to equal one to Mecca. Visit the Dargah (tomb) of Khwaja Moin-ud-din Chishti, the Ana Sagar Lake. Later drive to Pushkar; at its heart is one of India’s most sacred lakes. The Brahma temple, especially, attracts pilgrims all year round. Apart from its religious significance, Pushkar is known for its Cattle and Camel fair held every year in the month of Kartik (October/November), which attracts visitors in their thousands. Pushkar separated from Ajmer by Nag Pahar, the snake mountain. Later continue to drive to Jodhpur; Arrive to the Blue City – Jodhpur and transfer to your hotel. Overnight at Hotel 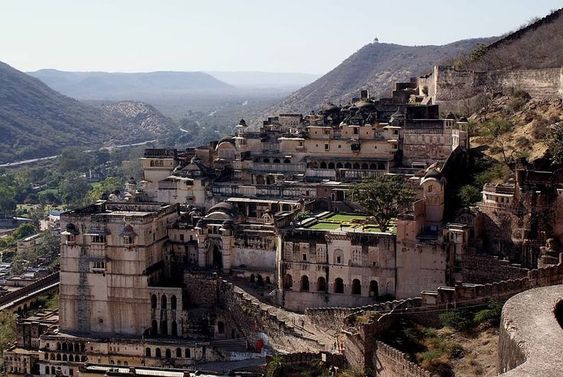 After breakfast proceed for a city tour of Jodhpur visit the Meherangarh Fort, situated on a low sandstone hill. The palace apartments like Sukh Mahal, Phool Mahal, and Sheesh Mahal, etc are beautifully decorated and house Jewellery, costumes, armory, palanquins, howdahs, and other remnants of the past. See the Jaswant Thada, an imposing marble memorial to Maharaja Jaswant Singh II built-in 1899. Later the royal crematorium and three other cenotaphs were also built here. Later drive to Jaisalmer and transfer to your hotel. Jaisalmer is a fairy-tale town in the Thar Desert founded about 800 years ago by Jaisal. Unlike any other city, this desert fortress is one of Rajasthan's most exotic and unusual towns. Jaisalmer, an important ancient trading center because of its strategic location on the camel trade routes, is often described as the 'golden city'. The annual desert festival takes place in January and February each year and is a riot of color and activity. Jaisalmer is also famous for its embroidery, Rajasthani mirror work, rugs, and blankets, antique, silver jewelry, and stonework, and camel safaris. Overnight at the hotel. 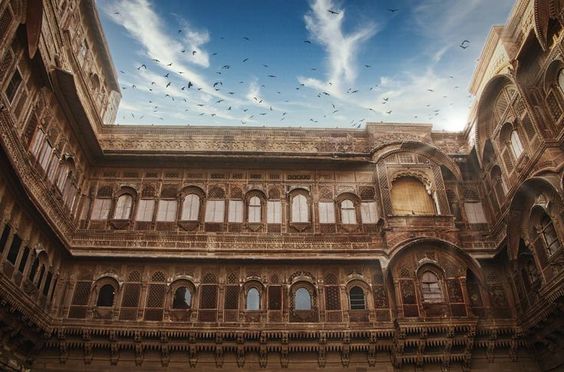 After breakfast leave for the city tour of Jaisalmer. Visit the famous Havelis (mansions) known for their frescoes. Jaisalmer's strategic position on the camel terrain route bought it great wealth. The merchants grew prosperous and commissioned great havelis, or mansions, to flaunt their ever-growing status in society. Made of local golden-yellow sandstone and wood, some of the Havelis are still in excellent condition. The most elaborate and magnificent of all the Jaisalmer Havelis is the Patwaon Ki Haveli. Five Jain brothers built the Haveli between 1800 and 1860. Salim Singh Ki Haveli and Nathmal Ki Haveli are the other two havelis that are opened to visitors. The Fort here stands atop the 80 m high Trikuta hill. 3 walls and features 99 bastions surround the fort. There are 7 temples in the complex - Chandraprabhu, Parasnath, Shitalnath, Sambhavnath, Shantinath, Kunthunath and Rikhabdev Temple.The temples are all connected by a series of corridors and walkways. Close by is the Gyan Bhandar, a library founded in 1500 A.D. This house is priceless ancient manuscripts and other exhibits like astrological charts, besides the Jain equivalent of the Christian Shroud of Turin. In the evening, proceed for the excursion to Sam Sand dunes. Located at a distance of 42 kilometers from Jaisalmer, Sam Sand Dunes is the closest point to witness the total sandy desert. You can also see the patterns and motifs created by the shifting sands and air. Moreover, Sam Sand Dunes also provide you with an unforgettable experience of camel rides and the sunset. Overnight at hotel. 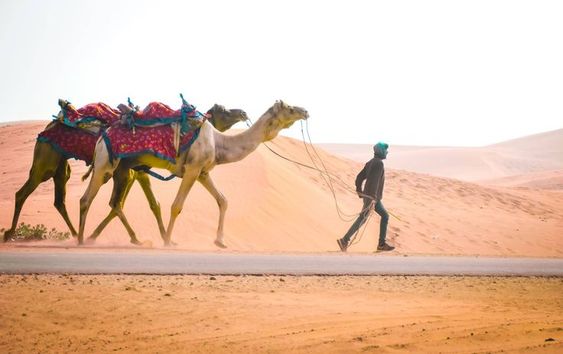 After breakfast drive to Jodhpur; Arrive at Jodhpur and transfer to your hotel. The afternoon is free to walk around in the colourful and bustling bazaars for personal exploration or shopping. 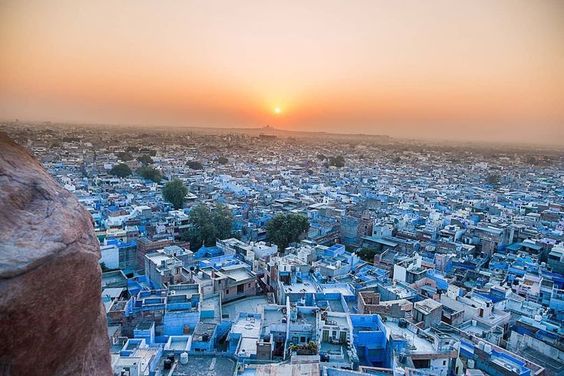 After breakfast drive to Udaipur enroute visiting Ranakpur – is the largest Jain temple complex in India and dates to the 15th century. The main temple is dedicated to Adinath, the first Tirthankar. . Surya temple and other Jain temples are sided attractions. (Temples open only at 1200 Hrs. Leather belts, footwear, bare legs, and black clothing not allowed) Later continue to drive to Udaipur; arrive Udaipur and transfer to your hotel. Set on the shores of Lake Pichola and surrounded by hills. As the capital of the old Mewar State, it was the only Rajput stronghold to uphold its Hindu allegiance in the face of Muslim invasion. This fairy – tale city, with its marble palaces and lakes surrounded by a ring of hills, was founded by Maharana Udai Singh in 1559. The city is dominated by massive City Palace, which overlooks Lake Pichola with its romantic island palaces. Picturesque havelis, ghats, and temples line the lakefront, with the lively bazaars of the old walled city stretching behind them.Overnight at Hotel 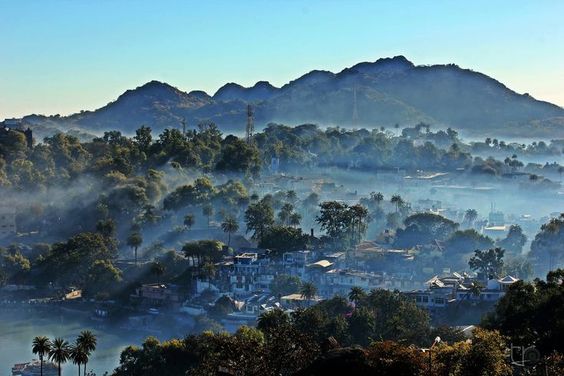 After breakfast proceed for half day city tour of Udaipur – visiting the City Palace and Museum, Jagdish temple, drive around the Fatehsagar Lake, and visit the Sahelion ki Bari (the Garden for the Maids of Honour), an ornamental pleasure garden with fountains and marble kiosks. Later visit the Bharatiya Lok Kala Mandir or the Folk Art Museum. Later in the evening take a boat ride on the 4 km long and 3 km wide Lake Pichola, which is fringed with hills, palaces, havelis, ghats, embankments and temples and offers spectacular views of the city. Visit the Jag Mandir Island with its exquisite Gul Mahal Pavilion. 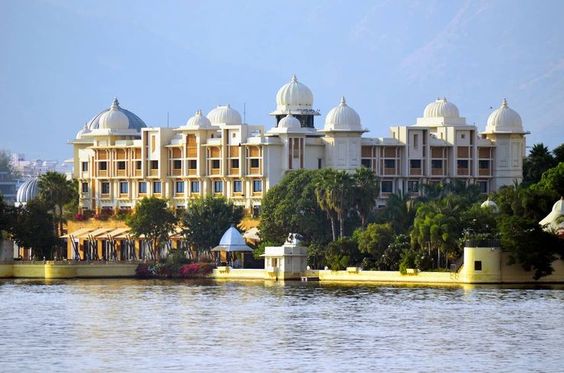