On arrival at Cochin airport after you have cleared your immigration and customs formalities, our representative will meet you and you are driven to Munnar. Enroute visit the beautiful Cheeyapara & Valara waterfalls. Enjoy the breathtaking and glorious waterfall cascade down the seven steps. Arrive at Munnar and check in to the resort. Munnar - Situated at the confluence of three mountain streams - Mudrapuzha, Nallathanni and Kundale, Munnar is situated 1600 Meter above sea level. Once the summer resort of the erstwhile British Government in South India and the best hill station with sprawling tea plantations in the state. Blessed with a rich variety of flora and fauna with the most well-known Neelakurinji (botanical name: Strobilanthus) flowering once in 12 years. Balance of the day you are at leisure to enjoy on your own. Overnight stay at Munnar. 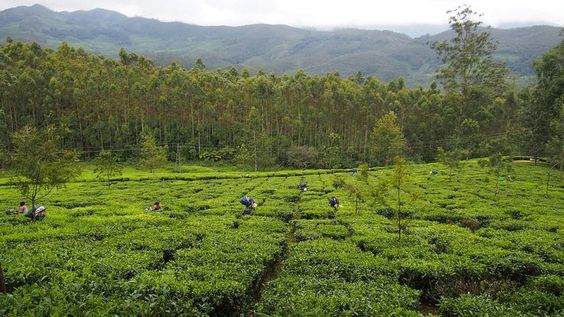 After breakfast proceed to Rajamala. Visit the Eravikulam National Park, the 97 sq km park with its irresistible grace and beauty is home to the endangered Mountain goats. Enjoy a guided short trek in the beautiful hill station. Afternoon - Visit the Mattupetty Dam built in the mountains. Later visit Echo point, a very popular place for the natural phenomenon. The echo that reverberates after hitting the distant hills is fascinating. Overnight stay at Munnar. 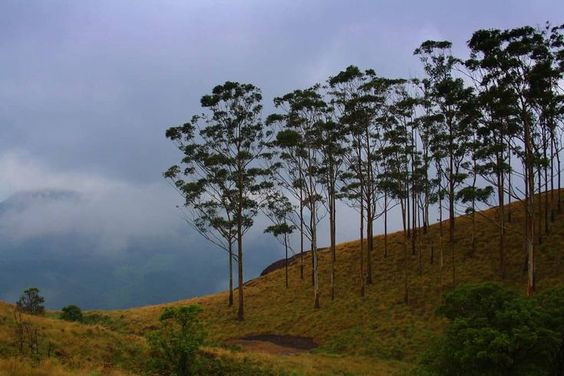 Check out from the resort and drive to Alleppey. Arrive at Alleppey and board the houseboat at noon for a backwater cruise and for an overnight stay. While cruising in these floating luxury villas, let your eyes settle for the rare and the unusual - skim past Chinese fishing nets, bowed-down paddy fields, and local inhabitants engaged in making coir products, rustic homes, and ancient temples and swaying coconut groves. Overnight stay in houseboat 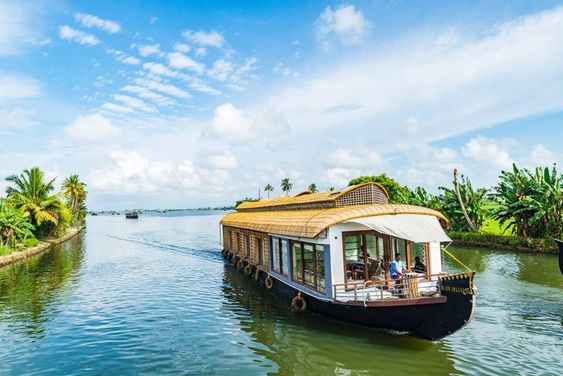 Disembark from the houseboat at 0900hrs after a refreshing breakfast on board and drive to Kovalam, one of the most popular beach destinations in Kerala. Enroute visit Thiruvananthapuram literally means 'the abode of Anantha', the snake God. The main attraction of the city is the Sri Padmanabhaswamy Temple dedicated to Vishnu (also known as Padmanabha) reclining on the snake Anantha. The imposing gopuram (gateway tower) and intricate sculptures of the temple make it a very popular tourist attraction. Later visit Napier Museum, an art and natural history museum which houses a collection of archaeological and historic artifacts, bronze idols, ancient ornaments, a temple chariot, and ivory carvings. Sri Chitra Art Gallery (Closed on Mondays & Wednesday forenoons) displays the original paintings of Raja Ravi Varma which houses a collection of paintings from the Rajput, Mughal, and Tanjore schools. The collection also includes unique copies of Indian mural paintings from pre-historic times down to the 18th century. Overnight stay at Kovalam. 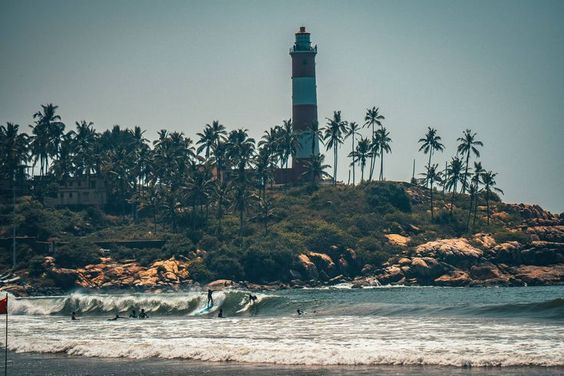 Morning proceed for an excursion to Kanyakumari, literally means the virgin, the cape owes its Indian name to Hindu mythology. Enroute visit Padmanabhapuram Palace, once the capital of Thiruvananthapuram from 1600 to 1790. Constructed with wood and stone in Kerala’s indigenous style of architecture this palace is surrounded by a 4km stone fort. Contained within the complex is a collection of 14 palaces and 127 beautiful royal rooms, many of which feature ornate wood carvings. The carved ceilings of the palace depict 90 varieties of flowers. Paintings, hundreds of years old, and stone statues, some over 1000 years old, are on display on the palace grounds. Arrive at Kanyakumari and proceed for a sightseeing tour. At the Cape Comorin - the southernmost tip in the sub-continent, the three mighty oceans viz. the Bay of Bengal, the Indian Ocean and the Arabian Sea meet. Significant landmarks include the Kumari Amman Temple dedicated to the Goddess Parvati, the Gandhi Memorial where an urn containing the Mahatma's ashes are kept, the Vivekananda Memorial - built-in memory of Swami Vivekananda exuding a calm and peace rarely found elsewhere and the Church of our Lady Ransom starkly etched against the beautiful shoreline. Drive back to Kovalam after the tour. Overnight stay at Kovalam. 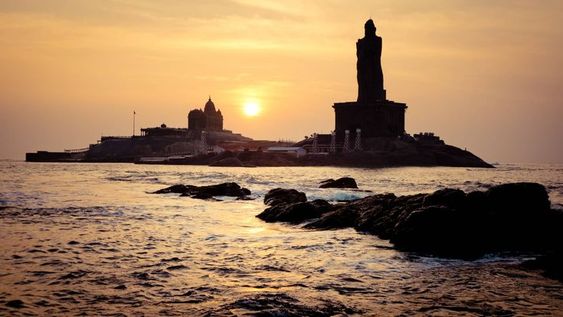 Check out from the resort and drive to Trivandrum airport. Board the flight to your onward destination feeling contented about a wonderful holiday you spent in the “God’s Own Country”. Our services end after dropping you at Trivandrum airport.