On arrival at Sydney Airport, transfer to your Hotel. Check-In at Hotel & Relax or set out to explore this vibrant city (on your own). Evening proceeds (on your own) to King Street Wharf to spend this beautiful evening on a 3 Hour Showboat Dinner Cruise in Sydney. The Sydney Showboat is definitely no time machine; but when glamorous showgirls in glittering outfits welcome you aboard this Sydney Harbour dinner cruise, you’re magically transported to a world that is defined by an old-world charm. The dinner cruise on Sydney Showboat also presents an unmatchable dining experience. Keeping with the old-world theme, dining aboard this cruise is a formal experience. Overnight at Sydney. 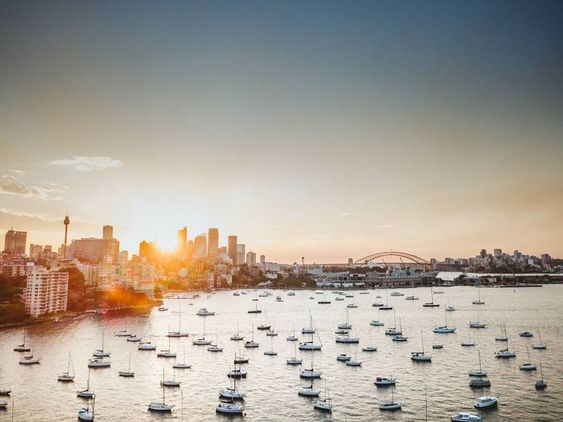 Discover Sydney at your own pace. Big Bus hop-on, hop-off bus tours give you the freedom to explore the best of Sydney at your own pace. Hop off the tour as many times as you like within the validity period of your ticket, and simply hop on again when you're ready. Alternatively, you are very welcome to remain on board for the entire tour. Using your valid 24 Hours Hop On Hop Ticket you have option to choose 3 Ticket Entrance Combination. You are free to choose admission to any 3 merlin attractions of your choice. Choose between Sydney Tower Eye, Sydney SEA Life Aquarium, Wildlife Sydney Zoo & Madame Tussauds Sydney. Overnight Sydney. 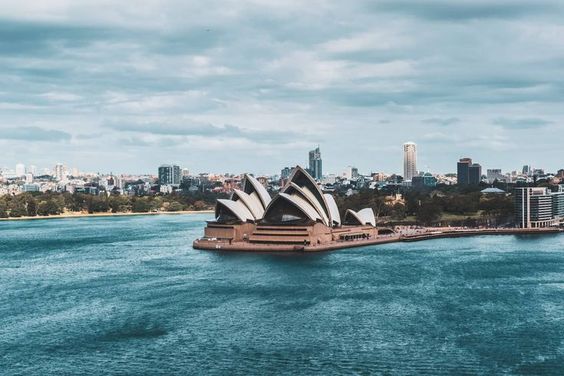 Today we transfer you to Sydney Airport for your onward flight to Cairns. Cairns is located on the east coast of Far North Queensland & was founded in 1876 and was named after “Sir William Wellington Cairns”, Governor of Queensland from 1875 to 1877. On arrival, we transfer you to your hotel in Cairns and you have free time to relax or explore Cairns (on your own). Overnight Cairns 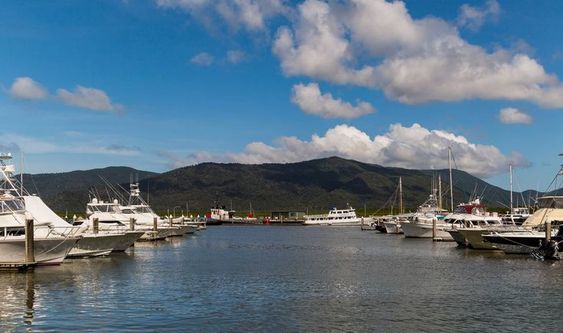 Collect your voucher and issue your Kuranda Boarding Pass. Enjoy the historical rail journey to Kuranda. Upon arrival in Kuranda, explore this fascinating village. You might also like to visit Birdworld, the Australian Butterfly Sanctuary, or Kuranda Koala Gardens (at your own expense). Your Kuranda Boarding Pass also offers discounted entry into selected Kuranda attractions. At the scheduled time, make your way directly to the Skyrail Rainforest Cableway boarding line. Once aboard, be amazed as you journey over and through World Heritage-protected Rainforest. Your Boarding Pass is your ticket for this iconic rainforest experience that includes time at both Red Peak and Barron Falls stations, both with spectacular lookouts. Or visit the Rainforest Interpretation Centre. Complimentary guided boardwalk tours are offered throughout the day at Red Peak Station. After arriving at the Smithfield Skyrail, make yourself known to our Hostess and they will direct you to your coach for the transfer to your accommodation. Overnight Cairns 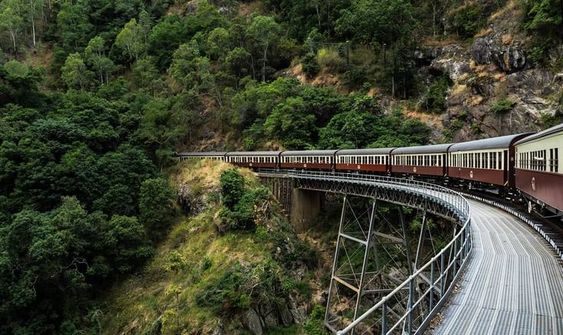 Green Island is a beautiful coral cay on Australia’s Great Barrier Reef. Snorkel, dive, and swim in the warm island waters, view the spectacular reef from the coral viewing tours, explore Green Island National Park, or just relax on the sandy beach Green Island coral cay is readily identified from the air by its emerald rainforest surrounded by white sandy beaches and beautiful coral reefs. “Big Cat” is a modern comfortable air-conditioned catamaran with spacious interior cabins. Travel time to Green Island is over one hour from Cairns. Passengers can take part in the many activities available or simply relax on the beach. Explore Green Island’s underwater world, part of the Great Barrier Reef in air-conditioned comfort on our exclusive Semi-Submarine tour… without even getting wet! 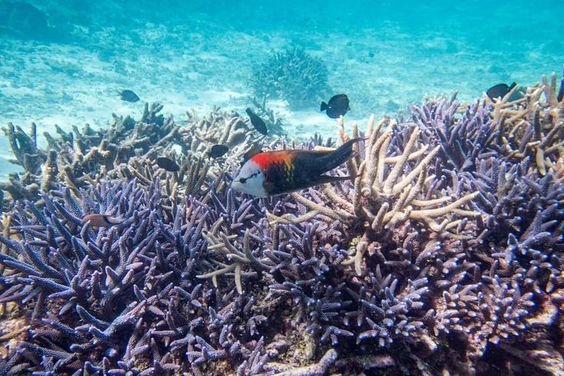 After breakfast, we transfer you to Cairns Airport for your onward flight to Brisbane or Gold Coast. It's famed for its long sandy beaches, surfing spots, and elaborate system of inland canals and waterways. It’s also home to theme parks such as Dreamworld, Sea World, and Wet’n’Wild. Inland, hiking trails crisscross Lamington National Park’s mountain ridges and valleys, home to rare birds and rainforest. On arrival transfer to your hotel & rest of the day, you are free to relax or explore the white-sandy beaches of Gold Coast (on your own).Overnight Gold Coast 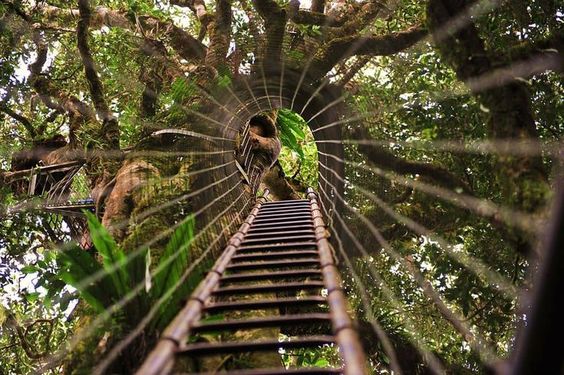 Currumbin Wildlife Sanctuary has been conserving native wildlife and nurturing the local indigenous heritage for over 70 years. Currumbin Wildlife Sanctuary, officially renamed in 1995, is now a heritage-listed zoological garden set across 27 hectares of natural eucalyptus-rich bushland and rainforest. The park was deemed to be of great importance to the evolution of the state’s history and was subsequently added to the Queensland Heritage Register in 2009. Today, the Sanctuary is home to native mammals, reptiles, birdlife, and amphibians as well as some exotic species. The educational public park continues to provide vital breeding and conservation programs, and lorikeets still flock to the arena twice daily to be fed by the equally delighted visitors. Overnight Gold Coast 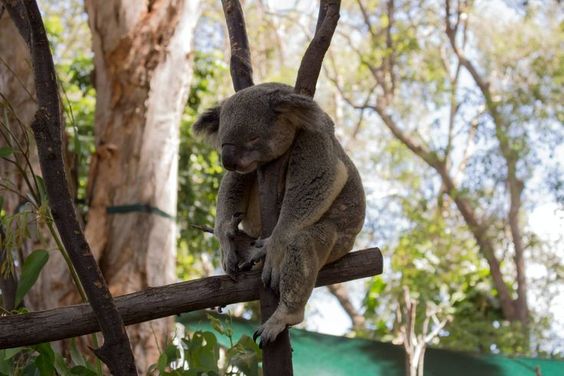 Warner Bros. Movie World is a 16.8-hectare film studio theme park on the Gold Coast, Queensland, and Australia. The park's site is part of an entertainment precinct, with the adjacent Village Roadshow Studios film studio and nearby Wet'n'Wild Gold Coast water park, among other properties all operated by Village Roadshow. The park contains movie-themed rides, attractions, and shows. Various costumed characters regularly patrol the park to interact and take photos with guests. Each afternoon, characters participate in a parade along the park's Main Street. DC Rivals Hyper Coaster, which opened in 2017, is the most recent among the park's six operating roller coasters. Overnight Gold Coast 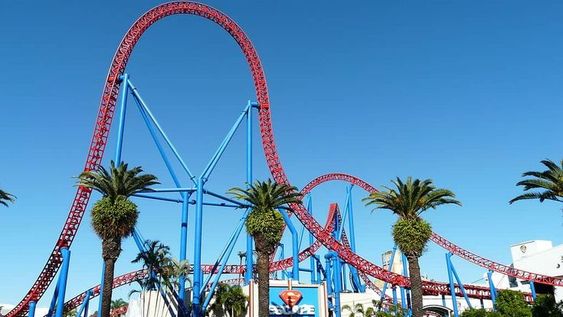 After breakfast, guests will be transferred to Gold Coast or Brisbane Airport for a flight to Melbourne. Compact and diverse, Melbourne is a perfect playground for adventurers and wildlife lovers, foodies, and road trippers. Discover remote beaches and rugged coastlines, alpine outlooks, and lush forests, all within easy reach of Melbourne, Australia's culinary capital. On arrival, we will transfer you to your hotel. Relax and explore Melbourne in Tram Ride in Free Zone. Overnight Melbourne. 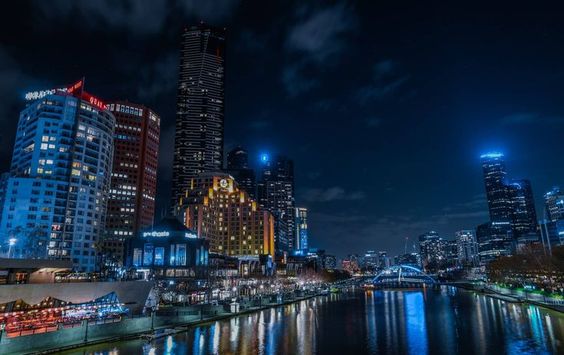 Great Ocean Road is one of Australia’s greatest coastal drives. Visit pristine beaches and enjoy unrivaled views which reveal themselves as we follow the coastal road around each bend. Venture off the Great Ocean Road and into the Great Otway National Park to spot wild koalas sleeping or perhaps eating in their eucalyptus homes, before continuing along the Surf Coast to our lunch stop in Apollo Bay. After lunch, we follow the road through the Otway Ranges and stop to explore the cool temperate rainforest of the Great Otway National Park. Wander amongst the tree ferns and wonder at the towering Mountain Ash trees, the tallest flowering species in the world. Emerging from the Otway Ranges we arrive at the Shipwreck Coast with its indented coastline and its amazing array of limestone formations, including of course the world-famous 12 Apostles. Stroll the boardwalks here and take in the awesome scenery before moving on to the heart of the Shipwreck Coast, the spectacular Loch Ard Gorge, where 52 souls perished and only two teenagers survived the wreck of the Loch Ard in 1878. Visit the beach here to re-live the amazing story of survival before descending to each once more at Gibsons Steps. Here you will appreciate the sheer scale of the limestone cliffs as well as the offshore rock stacks. Overnight Melbourne. 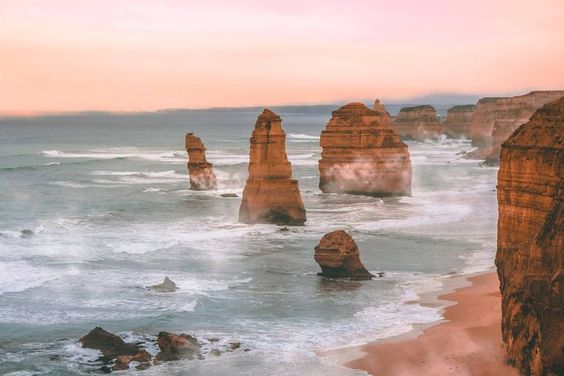 After breakfast, we proceed (on our own) to Melbourne Cricket Ground. The largest stadium in the Southern Hemisphere and one of the most famous sporting venues in Australia, Melbourne Cricket Ground (MCG) is more than a Melbourne landmark. The legendary stadium has hosted the Olympic Games, the Commonwealth Games, the annual Boxing Day Test Match, and Australian Football League (AFL) Grand Final. Meet your tour guide at the Gate 3 entrance to the Melbourne Cricket Grounds. Embark on your tour, which includes behind-the-scenes access to some parts of the stadium that the general public doesn't get to see. Stop by the cricketers' viewing room, the player changing rooms, and the MCC Long Room. Stop by the MCC Library, dating from 1873, and get a chance to walk on the grass inside the arena. Snap photos of the Melbourne city skyline from the City Terrace. Please note: Some areas on the tour are subject to availability. At the island, you’ll visit Seal Rocks and the Nobbies Centre to take a walk along the boardwalk and soak in the stunning views back towards the Mornington Peninsula from Phillip Island’s most western point. Just before sunset, we head over to the Penguin Parade to take our spots at the beach, ready to see the hundreds of Little Penguins as they make their way across the sand and return to their burrows in the sand dunes. See them reunited with their partners, where they give each other a little kiss, do a dance, then waddle up and into their burrows. Overnight Melbourne. 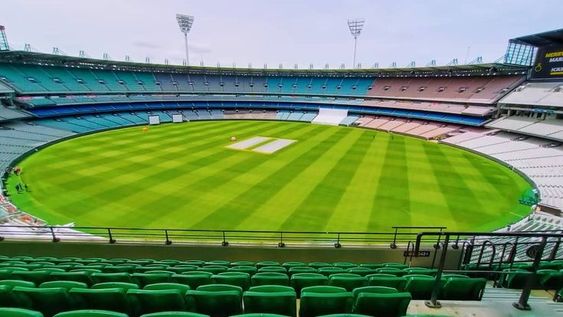 Today after breakfast we will transfer you to Melbourne Airport for your flight.