Your journey through some of the most historical cities in Europe begins here. Arrive in Budapest, the most visited tourist destination in Hungary. On arrival at the airport, clear immigration, collect your baggage and proceed outside to meet your friendly Tour Manager who will later escort you to your hotel and assist you in check-in. Later in the evening proceed for a Cruise on the River Danube. Overnight in Budapest. (Dinner). 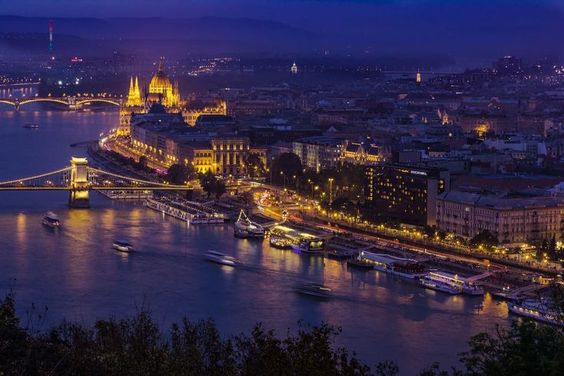 We proceed for a guided city tour of Budapest. You will be passing by the Parliament building before crossing the Danube on the Margaret Bridge and driving to the Royal Castle on the Buda side of the city. Here you will have some free time to yourself to visit the Fishermen’s Bastion. Tour will continue to Gillert Hill before crossing the Elisabeth Bridge from where you drive towards the Heroes’ square. Passing by the opera and St. Stephen’s Basilica. The rest of the day is at leisure OR you can opt to see the Hungarian Horsemanship Show and witness the coordination of human & horse, a spectacular visual treat. Later return to your hotel. Overnight in Budapest. (Breakfast, Lunch, Dinner). 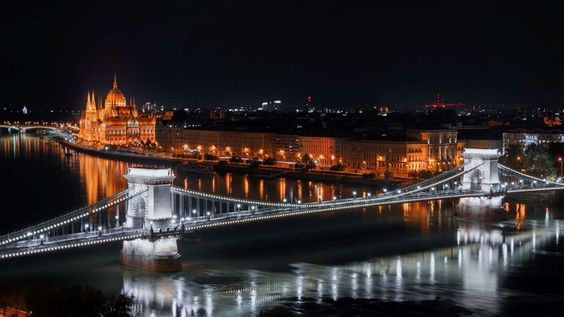 Check out from your hotel, as we continue our journey to Vienna the capital and the largest city, and the capital of Austria known as the “City of Music” due to its musical legacy. It is one of the finest cities in the world in its own imperial ways. On arrival, we meet your professional English-speaking guide and proceed for the guided city tour of Vienna. See Vienna’s Innere Stadt (1st District), which contains its Old Town. This entire area has been classified as an official UNESCO World Heritage Site. Being a political and cultural capital for the House of Habsburg, Vienna served as a capital of the Holy Roman Empire, the Austrian Empire, and later the Austro-Hungarian Empire. The dynasty’s patronage long encouraged art, music, and science, and as a result, the city of Vienna today is truly a treasure-trove of cultural attractions. Today’s tour will take place inside Vienna’s famed Ring. Your guide will show your group Stephansplatz, which is home to Vienna’s iconic St. Stephen’s Cathedral. You’ll stroll down Karntner Strasse, Vienna’s most famous shopping avenue, and see the nearby Vienna State Opera House. Continue your tour and explore Ringstrasse, the State Opera House, the Museum of Fine Arts, the Museum of Natural History, the Hofburg, Parliament, City Hall, the Burg theater, and the University. Next, we proceed to Schönbrunn Palace, a former imperial summer residence located in Vienna, Austria. The 1,441-room Baroque palace is one of the most important architectural, cultural and historical monuments in the country. Later in the evening proceed to your hotel and check-in. Overnight in Vienna. (Breakfast, Lunch, Dinner). 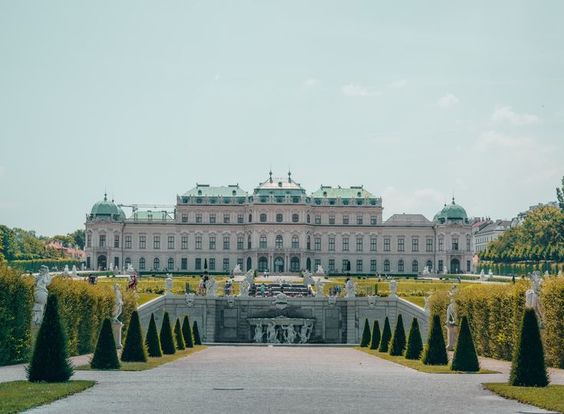 Post breakfast checks out from your hotel and proceed to Salzburg. It is one of Europe’s most beautiful cities, both for its architecture and for its magnificent setting. This picturesque city stretches along both banks of the River Salzach as it emerges from the Salzburg Alps. On arrival meet your local English-speaking guide and proceed for the guided city tour. Discover the most important sights of the city of Salzburg and its charming surroundings with majestic mountains and crystal-clear lakes. See highlights in the city center such as Mirabell Palace, Mirabell Gardens, Getreidegasse, Mozart’s home, and birthplace, and the Hohensalzburg Fortress. We continue to Innsbruck. On arrival, enjoy an orientation tour of the beautiful city, Innsbruck. See the Golden Roof with its fire gilded copper tiles, a characteristic landmark of Innsbruck, walk down cobblestone pathways of Maria Theresien Strasse. You may sit at one of the many outdoor cafes, admire the magnificent baroque architecture, and relive medieval European culture. The splendid Alps in the background provide a perfect picture-postcard setting. Later in the proceed to your hotel and check-in. Overnight in Innsbruck (Breakfast, Lunch, Dinner). 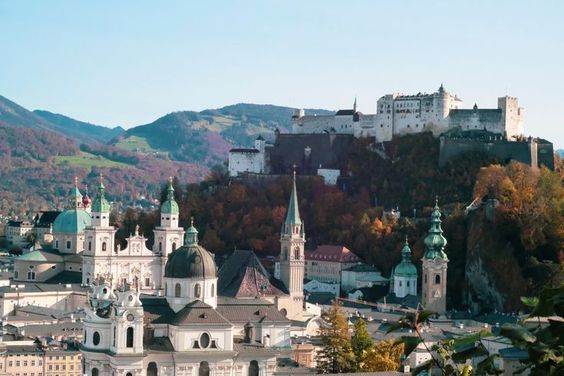 Drive to Switzerland. See the largest Waterfall in Switzerland - The Rhine Falls

Check out, relax in your coach as we drive to Switzerland. Sit back and enjoy the scenic drive towards Switzerland. Visit Schaffhausen, where you see the magnificent Rhine Falls – Europe’s biggest and most spectacular falls. Overnight in Central Switzerland. (Breakfast, Lunch, Dinner). 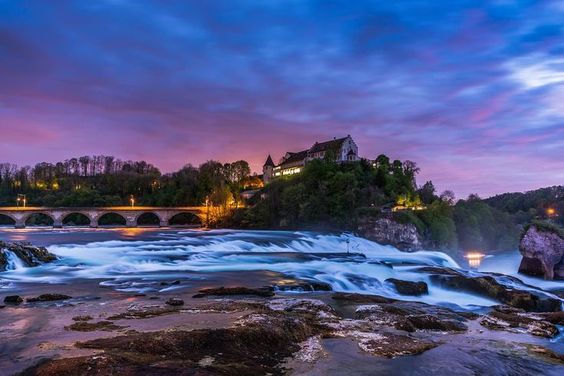 Today you have the day free to explore Switzerland on your own OR Opt to get set for a memorable magical alpine excursion to Jungfraujoch – The Top of Europe, a high– point of your tour. First, we proceed to Grindelwald Terminal. The new 3S-Bahn Eiger Express takes you from the Grindelwald Terminal to the Eigergletscher station in just 15 minutes. There you board a cogwheel train to reach the highest railway station in Europe at 11,333 feet – a world of eternal ice and snow. Visit the Ice Palace where artists create their work of art in ice. Visit the Sphinx observatory deck to experience a breath-taking panoramic view of the longest glacier in the Alps - Aletsch Glacier. Overnight in Central Switzerland. (Breakfast, Dinner). 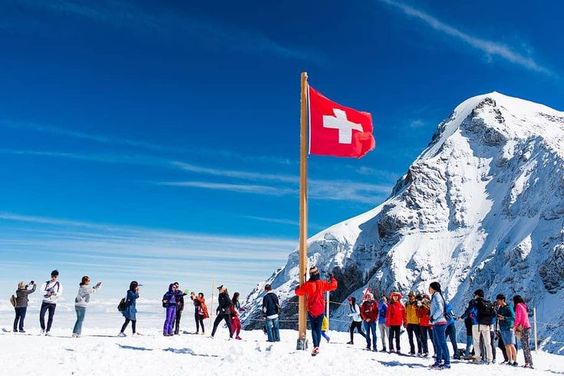 Visit Mt. Titlis- enjoy Cable car rides including the world’s first rotating cable car, the Rotair – to the top of Mt. Titlis at 3,020 metres.Cruise on Lake of Lucerne

Today enjoy an amazing day, a once-in-a-lifetime experience with an exhilarating trip to the top of Mt Titlis at 3020 meters on various cable cars including Rotair, the world’s first revolving cable car. Get a breathtaking unrestricted 360 degrees stunning view of the dazzling snow-capped peak, deep crevasses, and pristine white snowfields, dotted with massive ice boulders from every angle. Do not forget to visit the “Cliff Walk” the highest suspension bridge in Europe along the cliff of Mt.Titlis. Later proceed on an orientation tour of Lucerne one of the most beautiful cities in Switzerland. Visit the Lion Monument, Kapell Brucke with some free time to shop for those famous Swiss watches, knives, and chocolates. Enjoy a scenic cruise on the lake of Lucerne. Overnight in Central Switzerland. (Breakfast, Lunch, Dinner). 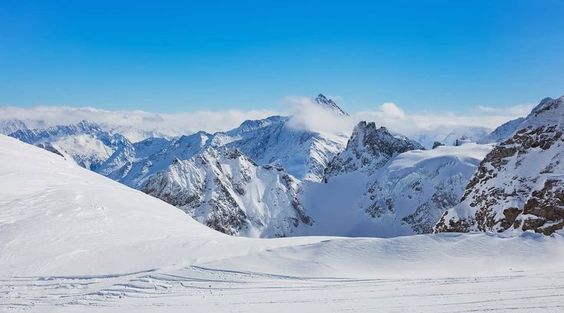 Your memorable holiday ends, today it’s time to fly back home. Say goodbye to the wonderful new friends you have made on the tour. Check out and depart for the Airport with pleasant memories of your European trip which you will cherish for a lifetime. (Breakfast).

Grand Wonders Of Europe Group Tour Starting From €2295
We use cookies to ensure that we give you the best experience on our website. If you continue to use this site we will assume that you are happy with it.OkPrivacy policy