Upon arrival at Cairo International Airport, a representative welcomes you and assists you through the immigration process. Escorted transfer by a modern air-conditioned coach will take you to the hotel through Old Cairo to enjoy the panoramic view of the citadel with the towering mosque of Mohamed Ali pass by Sultan Hassan & El Refaie mosques. Check in the hotel upon arrival and have free time to refresh. Dinner in an Indian restaurant and optional tour of the Sound & Light Show by the Pyramids. Back to the hotel and overnight in Cairo. 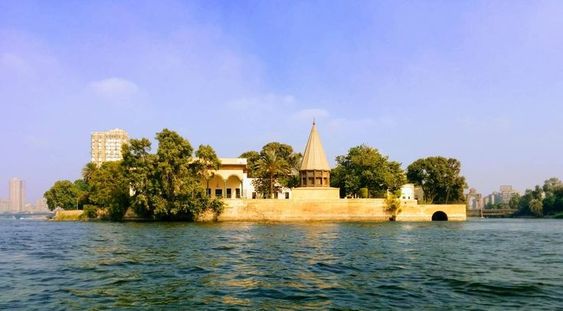 Have any breakfast at the hotel in Cairo then start a guided tour to visit one of the Seven Wonders the great Pyramids of Giza; (Cheops, Chephren, and Mycerinus) were reckoned by the Greeks to be one of the Seven Wonders of the World. A single pyramid is built with 2.300.000 blocks, each weighing an average of two and a half tones. In the face of such immensity, one cannot help but feel the wonder and awe that so many writers and artists have sought to convey over the centuries. The Cheops Pyramid is more interesting because its interior burial chambers are open for inspection by the public. Not far from the Pyramids is the Great Sphinx of Giza, which dates from the time of Chephren (2620 BC). Hewn from natural yellowish limestone and standing 65 feet high and 187 feet long, this unforgettable statue combines the head of a Pharaoh with a lion's body. A quick visit to papyrus institute or a perfume shop can be arranged after the visit. Lunch at an Indian restaurant then start afternoon visit to the Egyptian Museum for another tour. Egyptian Museum was established by the Egyptian government in 1835. The present museum building was built in 1900, in the new classical style by the French architect Marcel Dourgnon. The museum exhibited collections now exceed 120,000 objects ranges from the pre-historic era to the Greco Roman period. It has 107 halls, and the ground floor houses huge statues. The upper floor houses small statues, jewels, Tutankhamen treasures, and mummies. The museum also comprises a photography section and a large library. A hall for the Royal Mummies was opened at the museum, housing eleven kings and queens. After the visit to the museum, a short drive through the downtown will take you to Khan El Khalili bazaars which is one of the most famous worldwide with its amazing narrow alleyways. Drive back to your hotel for refreshment and then go out for dinner at an Indian restaurant. Drive back to the hotel and overnight at the hotel in Cairo. 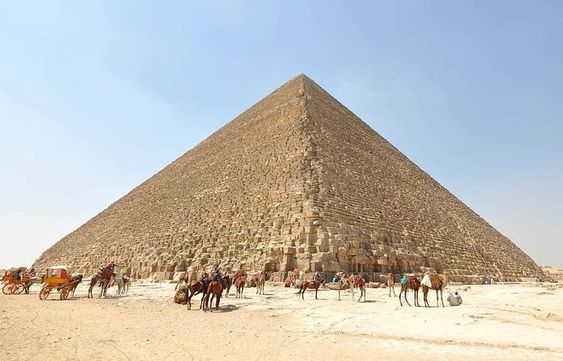 Early breakfast at the hotel in Cairo then transfer to Alexandria via the desert road about 225 km whereby you will start a guided tour to visit Pompeii’s’ pillars, the Catacombs, and Montazah Gardens. You will also pass by Alexandrina Bibliotheca and overview Qaite Bay citadel from outside. Pompeii Column and Kom el-Shuqafa Catacombs thirty meters high and built from Aswan pink granite, the Pompeii Column is thought to have been a present from the people of Alexandria to Emperor Diocletian. The majority of the remains found around the column can be been at the Greco-Roman Museum. At the top of the hill lies the entrance to the Kom al-Shuqafa Catacombs dating from the first and second centuries. They have been discovered by chance at the beginning of the 20th century. Montazah Gardens is about a 150-hectare park surrounding the palace of Khedive Abbas with its amazing architecture worth of Walt Disney. Visitors enjoy strolling in the gardens or swimming on the nice sandy beaches. Alexandrina Bibliotheca the New Library of Alexandria, the New Bibliotheca Alexandrina is dedicated to recapture the spirit of openness and scholarship of the original Bibliotheca Alexandrina. It is much more than a library as it contains 13 different departments besides, the New Library also hosts a number of institutions which is growing, and it is becoming the nerve center of many international and regional networks. Qaite bay Fort has been guarding the bay for centuries at the end of the Cornish rises the crenellated walls of the Mameluk fortress were built in 1480 on the site of the Alexandria lighthouse. Lunch will be served during the tour in a local or Indian restaurant. Drive back to Cairo, have dinner at a restaurant, and overnight at the hotel. 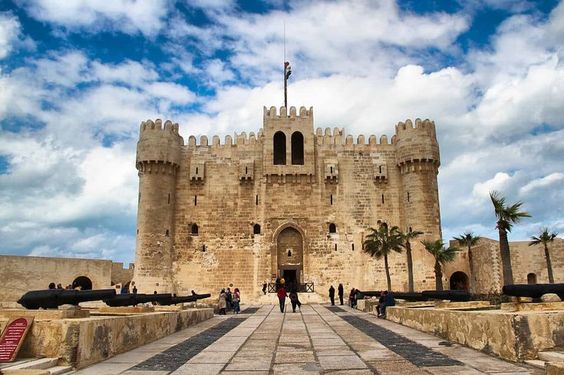 Early wake up and check out of the hotel. Tea and coffee will be served and a breakfast box to take with. Drive to Cairo airport for about 70 minutes flight to Aswan the southern gate of Egypt. Meet and assist upon arrival at Aswan airport. Aswan is one of the world's best-known winter resorts. Start a guided tour to visit the Old Dam (just passing over it) and the High Dam, which provides irrigation and electricity to the whole of Egypt and then a motor boat ride, will take you to the beautiful Temple of Philae on Isis Island then transfer to the Nile Cruise and check-in. Lunch will be served on board the cruise and in the afternoon relax tour by felucca to sail in around the Elephantine and Botanical Islands viewing the Agha Khan mausoleum. Back to the cruise again for dinner and overnight on board. 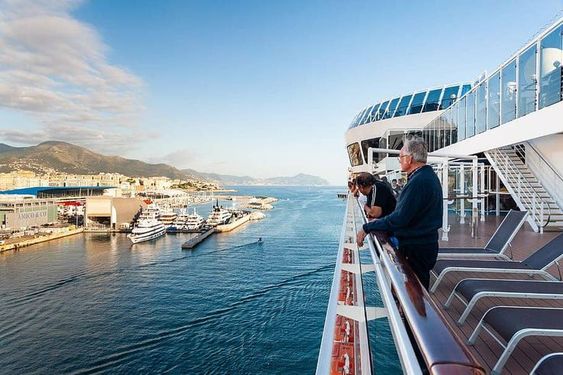 Very early wake-up call and breakfast box will be ready to start an optional excursion by coach to the great Temples of Abu Simbel flanked by four giant stone statues of Ramses II. The Temple was reclaimed from the dam to rescue from the rising water of Lake Nasser and reconstructed in its present site. Sail to Kom Embo upon returning from Abu Simbel. Visit The Ptolemaic Temple Shared by Two Gods, Sobek and Heroeris in Kom Embo. Sail to Edfu and overnight on board. 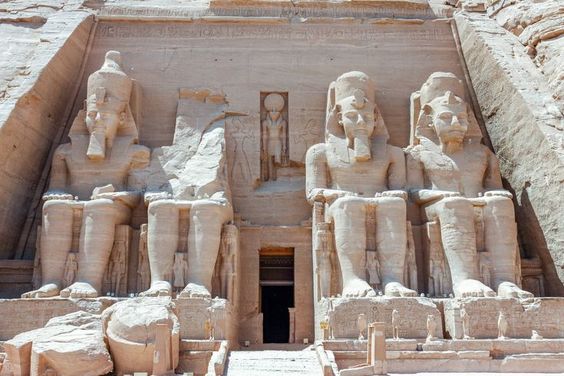 Transfer by Kalesh or horse-drawn carriage to the Temple of Horus to visit then back to the Nile Cruise and sail to Esna / Luxor. Visit Karnak temple upon arrival to Luxor and overview Luxor temple from outside as it is like an open museum. Overnight on board. 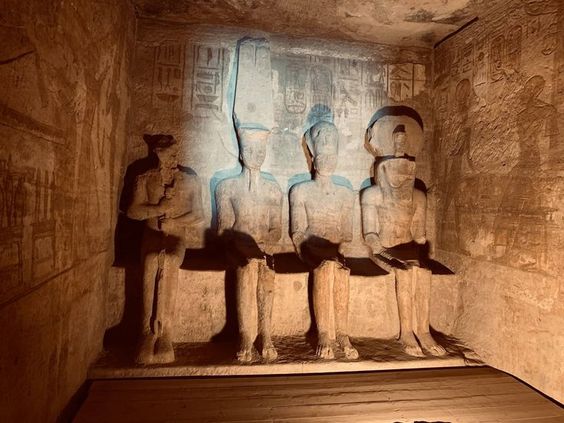 Early breakfast and check out then start a visit to the west bank in Luxor to the Valley of the Kings, Hatshepsut temple and colossi of Memnon Drive back to the Nile cruise & take the luggage and drive to Luxor airport for your international flight. 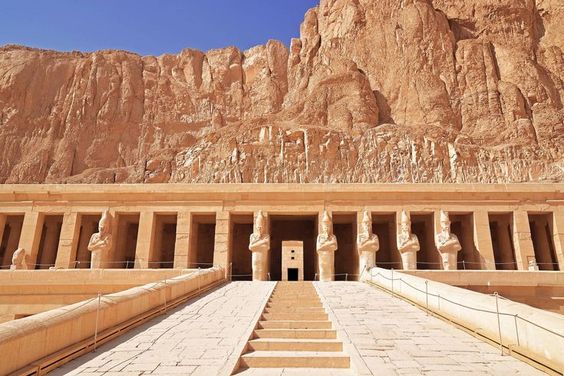